Taaaz's, Kallahan's, and Gabriel's reports linked at the end of the post.

“This?!” a heavily armoured figure mounted on a light-brown horse roared at Kallahan “This is what you came out with 'brother?!' Oh, how you disappointed me!”

Grand Inquisitor Dwarvard Blumer was anything but subtle in his display of disapproval. His gaze focused; his voice booming; his inquiry unrelenting.

“Have you no tongue, mute? Speak up!”

But Kallahan, Amanda, Samlan, and Otsus stood there as petrified. They were to busy fleeing with sacks of coin to notice Inquisitor and his retinue waiting for them just outside. By the time they looked up—it was too late. The holy man waved his hand, shouting “Might makes right!” and they were stopped still, right in their tracks.

“You there! This one doesn't speak. What do you have to say!”

The Grand Inquisitor waved eagle-topped iron pole at Gabriel and his crew—Taaaz, Aimon, Wyninn, and earless Dyffros—demanding an answer. Silver-tongued duelist was more than ready to abide.

“We are returning from a mission we've been hired to do. Now let us pass.”

“A mercenary you say. And what was this mission you speak of? For, all I know is that you've failed it in all regards!”

“We did what we were hired to do! Might makes right, does it not Grand Inquisitor? Sister Silenete was the one who failed—she was weak, and we were mighty. Now let us pass!”

“Indeed, might makes right! You've earned your leave. But this one” waving his totem at Kallahan “this one I have unfinished business with. Begone now!”

Unwilling to leaver their partner in crime, Gabriel and the crew hesitated to move quite yet. Finally, trembling and with shaky voice, Kallahan spoke up.

“G-G-Grand Inquisitor, what seems to be the matter?”

“Haven't you been recruited to recover holy relics from the maws of evil? And have we not understood each other that's what I'll be waiting for outside? And what have your brought out instead?”

“B-But I did work on that, but there is a horrible monstro–”

“N-No, not really. You've surrounded me here and are yelling like a mad-man about to deliver some jungle justice. I find it difficult to trust you!”

And to that Grand Inquisitor unleashed a hearty laugh “This is the most honest you've been with me so far!” toning his voice down, almost to deep murmur “You know what you have to do, brother. Atone! Make me proud!”

Dwarvard waved his hand, and Kallahan could feel his muscles again. He was free to move. “Y-Yes, Grand Inquisitor!”

The party turned around, and went back into the dark caves.

“If you were mighty, you'd be going in with us!” Gabriel shoot back “Weak, weak, weak!”

So far they always went north, following a series of tunnels and corridors to the beast's lair. “We have to lure it outside... If we are lucky, it'll butcher those zealots.” Making an educated guess that south corridors might go straight into the lair, they opted to explore exactly that route.

Indeed, they entered a chamber some 40 by 40 feet, with slopping ceiling revealing a ledge some 30 feet up. While Amanada climbed, others set up a security perimeter on all sides. Taaaz took to guard the rear. Gabriel went to the mouth of the chamber, which seemed to exit into a truly cavernous cavity. His lantern could illuminate anything but the limestone floor.

Amanda managed to get up—after few unsuccessful tries—only to find a large, abandoned nest. It reeked and was peppered with small bones and pebbles. Putting a handkerchief over her face, she drove in, searching for any valuable.

A horrible, and familiar, screech echoed down the cavernous chamber Gabriel was looking into. Heavy, galloping thuds followed. The elf chucked a burning oil flask into the darkness. Flames scarred the darkness for a brief enough moment to reveal the elephant-like body covered in warts, topped by seven disgusting heads on long, tubular, veiny necks.

Everybody bravely fled—tactical retreat, as some called it—whilst Amanda hid in the nest. Kallahan stayed behind, pretending to fight the creature and walking back slowly. The acolytes chuckled at Gabriel “Who is weak now, coward!”

“Shut up and form a shield wall, for a great monster is coming!” hesitant at first, they obliged and formed a 40 feet wide perimeter. Taaaz said “fuck it” and stood all the way back, by the donkey. Kallahn was last to run in, heroically fighting the darkness away.

Giant, deformed human head with horse-like jaw poked out of darkness. Two more joined. Then three more. Final one was erect. It was still screaming.

The party unleashed arrow and oil bombs. The creature responded by charging in, each head attacking with unconstrained violence. One acolyte was swallowed whole, his muffled screams still heard from the beast's pulsating throat. Otsus managed to survive a blow from one head, but alas, it dazed him too much to avoid a bit from another.

The monster dove its rotten, blunt, yellow teeth into his collarbone, biting him diagonally in half. Then it bit him by the hip, lifting him up, and chomped him into pieces. Blood and gore splattered all over Kallahan.

“Oh, this will be glorious!” Grand Inquisitor quipped as he joined the fray. They all took a swing at the monster, cutting and battering it wherever they could. Gabriel stumbled and fell into prone position. That did not go unnoticed.

One of the heads lifted him by the belt, and slammed him straight into the cave wall. Others—all but one—missed their mark. Wyninn tried to jump over a sweeping head, but was too slow. The creature bit both of his legs off, including his lower abdomen. Guts were strewn all over the holy warriors on the eastern flank.

A hulking paladin jumped over the mutilated corpse, driving a long sword with all his might into the creature's body. The screaming head finally shut up. The beast stumbled, and collapsed.

“Goronwy, you are truly the strongest of my sons!”

Inquisitor's' crew was so delighted with this challenge that they started to jump with join, fist- and chest-bumping with each other. Kallahan rushed to heal the broken Gabriel.

“Is this why she had chosen you?” Inquisitor softly said whilst placing his hand on Kallahan's shoulder. “How come you have divine blessings, even thought you haven't undertaken the Pilgrimage?”

“It's a gift Grand Inquisitor I've always had.”

“Come. Your fear has been alleviated. Take us there.”

And so they marched into the creature's lair. All but Taaaz. He stayed behind to carve up the monster.

“Brother Kallahan, we'll take these holy relics to Antil. Now, I've been thinking... Would you be interested in continuing Sister Silente's mission? Let's speak once we are back.”

The party, of course, stayed behind to clean up a bit. After all, those thousands of coins won't sort and pack themselves! A watch, twelve sacks, and a donkey later, the party was fully encumbered with 2 000 copper pieces, 4 000 electrum pieces, and 3 000 gold pieces.

Alas, since Dyffros deserted, and Taaaz insisted on hauling monster parts, they had to leave a sack of copper pieces behind. Opting to march around the Windgod Hills, they reach Antil in nine days.

“Names and purpose of travel” the guard asked, as always.

“We are returning from our pilgrimage. We'll br heading to the temple of Shang Ta.”

“Pilgrimage? What's with all the clacking sacks and donkey? You look more like merchants than pilgrims to me?”

“Silence! We are here on behalf of Grand Inquisitor Dwarvard Blumer! Now let us pass, for he expects us.”

By the time Kallahan's lowered his voice, more than a dozen of guards were surrounding the party.

“Why, yes of course. How about you follow me into the tower as we summon the Grand Inquisitor.”

“Get in, you heretical scum!” the guards pushed Kallahan in, while the rest of the party reluctantly followed. Some of the guards spat at Kallahan, who replied in kind.

“Dwarvard was executed for heresy days ago! We knew he had more collaborators, but we didn't know they'd be stupid enough to announce themselves!”

One of the guards ran out of the tower.

“The High Priest will be here any moment. Might makes right!” 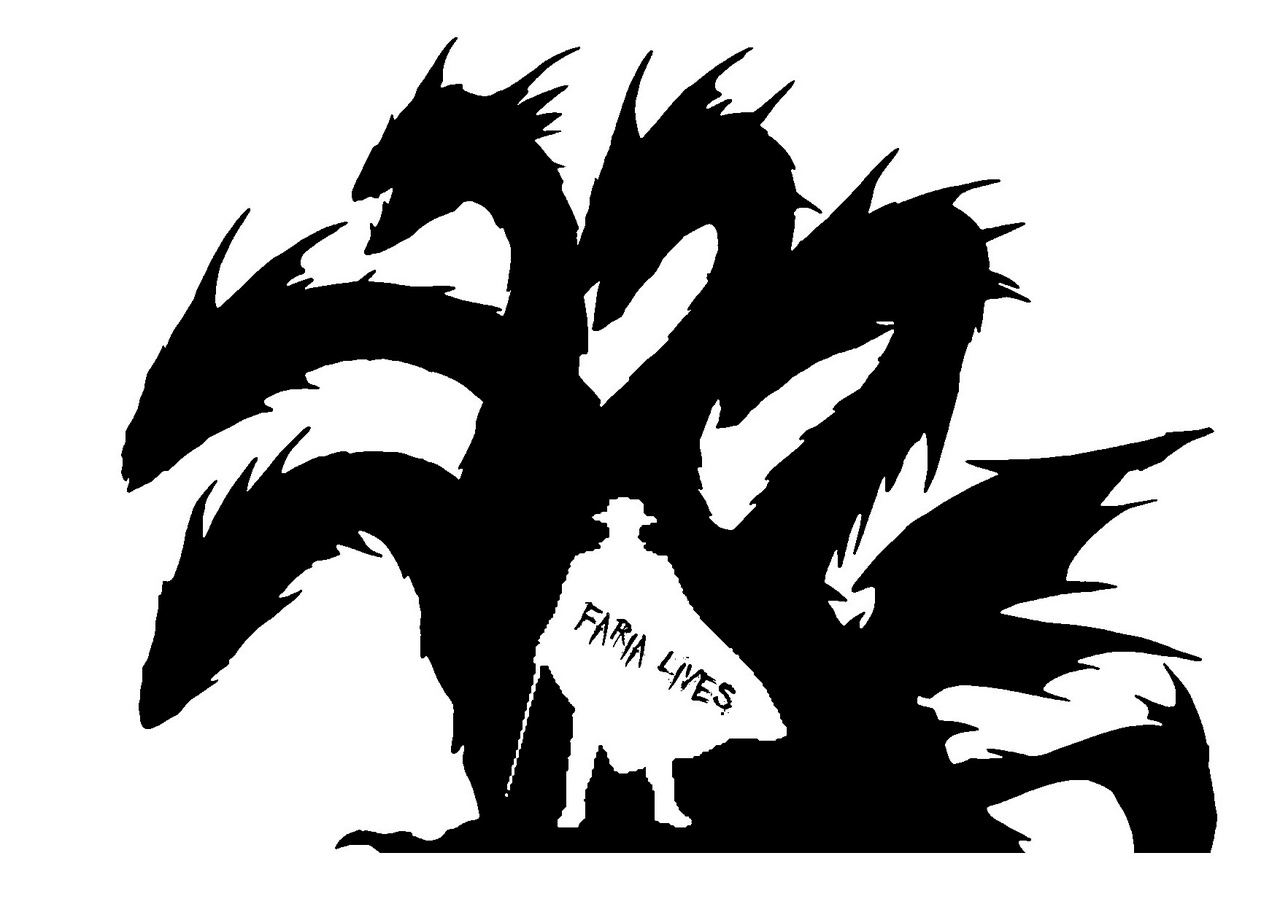